I thought I'd share with you the following feature from fashion.telegraph.com, whilst being quite comical it proves how massive and important fashion is in today's world. 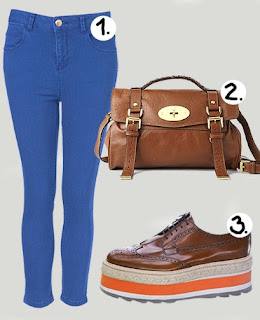 How times have changed: Back in 1911, when Henry and George Fowler compiled their first edition of the Oxford English Dictionary from a cottage in Guernsey, a blouse was defined as a 'workman's loose linen or cotton garment', while a frock was a 'monk's long gown with loose sleeves'

Fast-forward to 2011, and the mankini, the unsightly swimwear made ubiquitous by Sacha Baron Cohen's politically incorrect film character Borat, is one of a host of new words added to a new centenary edition of the Concise Oxford English Dictionary. 'A brief one-piece bathing garment for men with a T-back' is how the mankini is depicted, while the jegging, 'tight-fitting stretch trousers for women' also gets a mention.


Excuse us, but those voguish terms have been and gone as far as fashion is concerned. Surely non fashion folk would be better off knowing what a 'coatigan' is, or this season's must-have, the 'flatform'?
For those wordsmiths at the OED, we've compiled a collective of fashion terms which should feature in its forthcoming tome:


Flatform - a flat but significantly raised shoe, incarnated by Chanel and Prada for spring/summer 2011. Need there be any more reasons than that?


Alexa - a satchel-esque bag named and made in honour of British style icon Alexa Chung by Mulberry. You'll never hear the words 'I like your satchel' directed to one, it's 'I like your Alexa '.
Coatigan - a cover-up that's not quite a jacket but so much more than a humble cardigan.
Pleather - the posh abbreviation for 'plastic leather'.
Shoots - when a shoe met a boot, the result was a shoot!
Tregging - a hybrid for a trouser/legging. But not a jegging - which signifies denim. Keeping up?
Seven eights - not a maths division but the ideal length for a pair of ankle-grazing skinny jeans.
Cankles - beauty speak for ankles that have no definition. Poor Cheryl Cole and Mischa Barton are confirmed cankle sufferers.
Vajazzle - crystal embellishments to adorn 'down there' after a bikini wax. You've got hit TV series The Only Way Is Essex to thank for that.
Posted by sophie h xxx at 09:22